It's been an unbelievably long time since I've made a blog entry but there's a good reason for it--I found Instagram! Compared to writing a blog post, Instagram is quick and easy. Take a picture, type a quick comment and boom! You're done! So if you want to keep up with what Laura and I are up to, the place to find us is on Instagram where we're known as @gwenbru2. Not a very creative title, but I kind of jumped right in and that was the first thing that came to mind.

So what have we been up to since March? 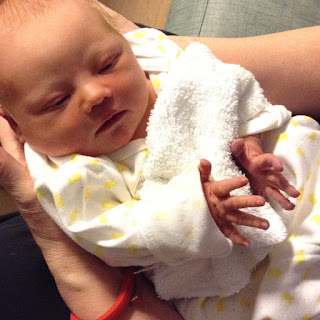 Well, one exciting event was the birth of Benjamin in April. I was able to get his mom's diaper bag finished in time and brought it to her in the hospital. She loved it!

Ben has Down's Syndrome, which we had been expecting. The good thing is that he is on the low end of the scale with typical Down's complications. He had some kidney issues, but they seem to be pretty much resolved and he's making lots of progress and doing well. And he came to the right family--with Laura and her deafness and mental challenges, Jennifer with her cerebral palsy and Nathan with his Asperger's, Ben just fits right in! 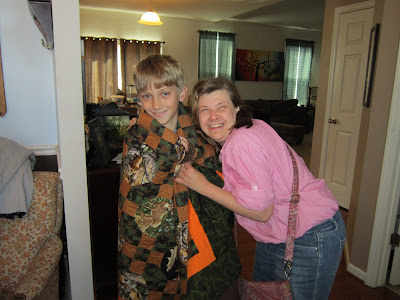 I had finished grandson, Hunter's hunting and fishing quilt earlier in the year, but Laura and I didn't get it delivered until April. The good news is that Hunter loves it! 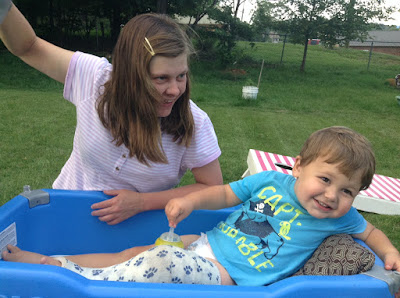 Our grandson, Linus broke his leg the end of May, just as summer fun was starting! At a family birthday party, he was wheeled around in a wagon, but before the cast was removed, he learned to crawl with it and then walk with it! He had almost a greater challenge learning to walk again after it was removed! Linus absolutely loves Laura and when he wants to come to our house, he says he wants to go to "Laura's house!" 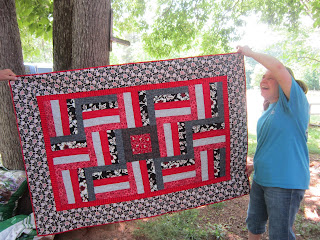 In between other activities, Laura and I still managed to do plenty of sewing. This was one of several lap and other quilts she made. 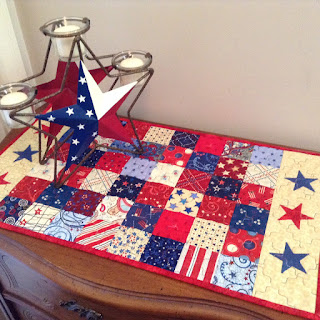 I made this simple, small table topper, along with some other patriotic projects for July. 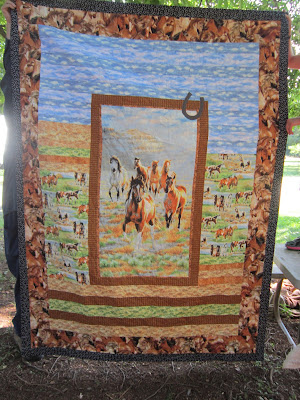 My granddaughter, Belle wanted a horse quilt for her 12th birthday. I scrapped my original plans and instead modified the pattern that came with this particular panel so that it finished as a twin-sized quilt. 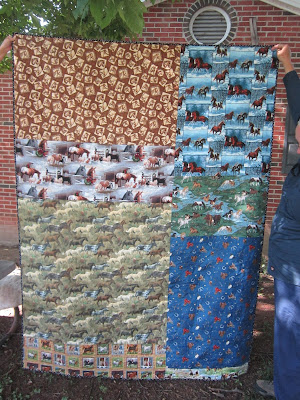 I backed it with some of almost every horse fabric I had, knowing that Belle would enjoy laying in bed and looking at all the different horses! 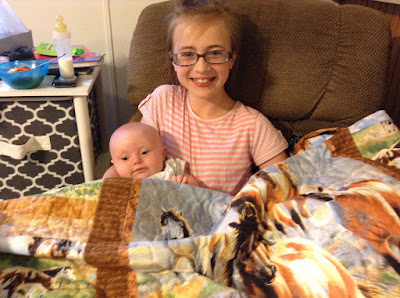 And here she and baby Ben are snuggled together under her new quilt. I think they both like it! 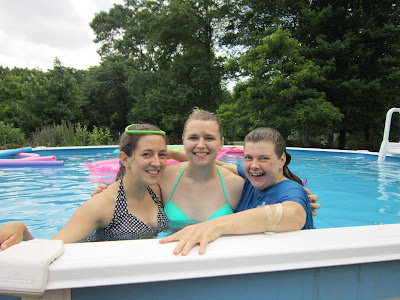 Laura LOVES to swim and so we've almost always had some kind of an above-ground pool since we moved here to the country. She loves swimming even MORE when she has friends swimming with her, so she was excited to have her sister, Mary and Mary's friend join her for an afternoon in the water. 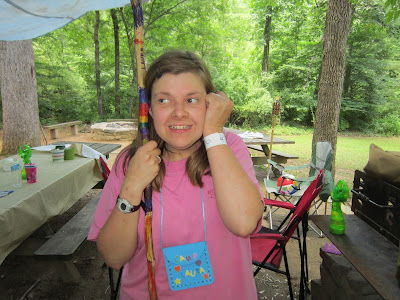 Next to her birthday, probably the most anticipated event of each year for Laura is "Laura Camp," so called because she used to love going to our church's Girls' Camp each summer. When she became too old to go to Girls' Camp, some of our daughters came up with the idea of having a family camping trip, doing fun things similar to what had been done at Girls' Camp, and naming it after Laura. So now we have our annual "Laura Camp" where we have nightly campfires, eat camp food like s'mores and doughboys, the kids do crafts, we make tie-dye t-shirts, go swimming in the lake and biking and of course, camp in tents! 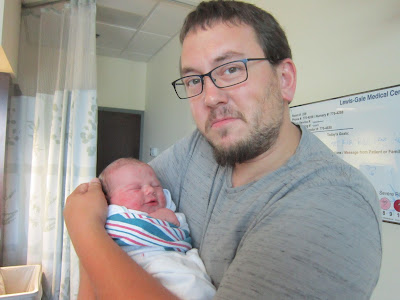 We had another family addition born in July. Our son, David and his wife gave birth to Theodore, bringing our total number of grandchildren to 14!

There's been some overlap here with my posts on Instagram, so I won't repost any more of them. The rest of our year is fairly well documented over there. However, we do have one more bit of good news (and I have to apologize that this has become more family-oriented than about quilting or getting things done!) and that is that our youngest child, Mary will be getting married the end of this month! 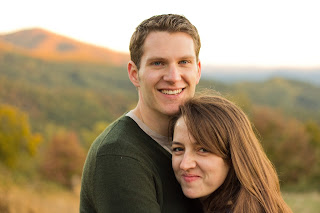 We're so excited for Mary and Andy--they seem to be perfect for each other. Mary is going to school to become a nurse and will graduate in May. Until then, the happy couple will be living in our basement, which, fortunately for all of us, has all of its own amenities so we won't have to share unless we want to!

This is such a special time of year and our hearts seem to naturally turn more to giving, as we consider the greatest gift of all that was given to us so long ago, our Savior, Jesus Christ. In the midst of trying to get more done, it's so important to take a few moments and contemplate what was done for us and to express our gratitude for all that we've been given. And I would like to express my thanks TO each of you and FOR each of you and the blessing that you have been in my life and the life of my family. May you have a blessed Christmas and may 2016 see all of us Getting More Done!